I came across a hidden gem today – the Australian Broadcasting Corporation (the ABC – an equivalent of the BBC) have a show called The Gruen Transfer.  While some of the London Calling readers know I am an Australian living in London, many of my readers are in the Northern hemisphere, and so would not have discovered this site by accident.

What lead me to the show was an article on the Sydney Morning Herald website about a fake campaign developed as part of the show’s “the pitch” segment where well known ad men and ad women compete against each other to put together a pitch for selling the unsellable.

In this instance, two creative teams came up with pitches to invade New Zealand – one based on the successful “100% Pure New Zealand” campaign where they extended this to highlight the fact that NZ has 0% Air Force and is therefore a good target to be invaded by Australians! See the clip from You Tube below. 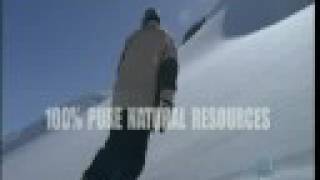 The show’s name comes from Victor Gruen, the guy who designed the very first shopping mall. The term describes that split second when the mall’s intentionally confusing layout makes our eyes glaze and our jaws slacken… the moment when we forget what we came for and become impulse buyers.

I doubt that the BBC or one of the commercial channels would ever be brave enough to produce such a show….or would they?  The BBC have finished screening the first series of the brilliant AMC produced Mad Men series, and they also had a number of specials on advertising – so who knows?